I’m going to take you back in time to March 1, 2001. The world was significantly different in every imaginable way. Gas cost an average of $1.53 a gallon. Those of us who were early tech adopters were taking calls on our Nokia 8250 mobile phones: the world’s first with a monochromatic display (a single color – blue – blacklight). A whopping 96% of us were using Internet Explorer to surf the ‘Net. The first iPod would debut later that year, so we were still hauling CDs and Walkmans around to listen to our music.

I was 39 years old, and had a 4-year-old daughter, a 2-year-old son, and a mortgage. I’d just spent the last three years as part owner of an internet startup and wasn’t sure about the direction of the company (and I was the COO). When I started thinking about changing course in late 2000, I had interviewed with some national consulting firms and nothing panned out. So in January 2001, I thought, “If I can’t find something else, maybe I’ll just start my own business.”

As part of the internet business, I had really enjoyed helping business owners make decisions about their web strategy, so the new idea was to serve as an outsourced CIO to help business owners make decisions about all of their information technology needs. I hastily put together my business plan: what would the business do, how would we make money, who would be our target market, etc. I was probably two pages into it when I let my wife Deb know, “I’m going to start my own company.” Now, this was a bit of an issue because Deb had JUST left a full-time job with good benefits. We had two young kids at home. But she believed in me. I think her words were, “I’m going to support you, but don’t mess this up.”

So I had a discussion with my business partner at the internet startup and told her I wasn’t sure about the future of the company, and we came to an agreement about what I would do for the last several weeks (but as you know, when you announce that you’re leaving, people quickly move on). I had mentally moved on, and they had moved on from me… I remember someone took over my office within the week!

It was time to focus on my new baby. I was basically nesting as a new business owner, doing all the things that you feel you need to do to make it “real”: I researched a name, locked down a web address, set up a bank account, got a P.O. box, and set up the FROG (“furnished room over garage”) as my new office. I hired our former creative director to create the logo and letterhead. Sagacious Partners was born. (A lot of people have asked me where the name “Sagacious Partners” comes from, so here’s the story: I was looking for a word that had “CIO” in it, and I found “sagacious.” And that seemed like a better name than Loquacious or Bodacious Partners).

When we settled on a logo and brand colors, we had the business card designed and there it was: Neil McLean, CEO and Managing Partner. It made it real. It may sound silly, but it was a big deal for me to see it right there in print. 39 years old and the CEO of my own empire.

Deb went back to working full-time hours (I am still indebted to her for this) and Sagacious Partners was formally launched on March 1, 2001. I’m pretty sure I worked every single day, doing something. As a new business owner, you’re just scared. I set up an advisory board of people I trusted to give me good advice (including my lifelong mentor/Dad; David Dunn – who later became a client; and Fred Monk – a prominent business journalist and friend). I scheduled our first advisory board meeting at the Capital City Club, and shared my business plan with them. I met with other successful business owners to get advice about being in business and let them know what I was doing. They introduced me to others.

Soon opportunity called. I went to Walter Bull, an entrepreneur and the owner of several successful businesses, and he said he would be willing to put me on retainer. I had my first client.

These changes will not affect Sagacious Partners’ clients, but it’s important to know.

EOS Worldwide (EOSW) was looking for ways to expand its already incredible offerings. It quickly became clear that EOSW had hit the ceiling with its current business model, and the only way to provide more value was to franchise. On March 17, EOSW announced that it is transitioning its global business to a custom-tailored franchise model, with all states, territories, and key international markets slated to be live by the end of 2021.

Sagacious Partners is excited about these changes and to continue to be a part of EOS Worldwide. The only difference you’ll notice is a new EOS Worldwide email address as part of joining a more united global EOS Implementer Community™ (for now, you can still reach us at our @sagaciouspartners.com addresses). We will still be teaching you the same Six Key Components™ and EOS Tools that you’ve come to learn and love.

Questions? As always, we’re here for you.

Our COO Meghan Hickman was recently named a 2020 Phenom by the Columbia Regional Business Report for her role as EngenuitySC’s Executive Director. Meghan was also recognized as the 2020 Community Champion Award winner by CRBR. Watch the full 2020 Icons and Phenoms Award Ceremony here (catch Meghan’s segment at 46:41!) to see all of the 2020 award winners. 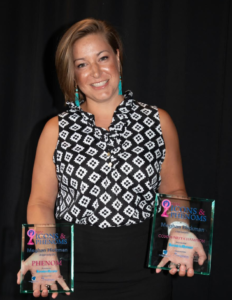 Meghan Hickman is named a 2020 Phenom and awarded the Community Champion Award by CRBR.

Moving to virtual EOS sessions — and virtual meetings in general — can seem like a downgrade, but it does NOT have to be. Here are some tips (compiled from EOS Worldwide, fellow EOS Implementers and personal experience) to help you have the best virtual meetings possible.

Before Session / Set Up

DuBose’s primary project management role will concentrate on several K12 education partnerships in the Midlands that fall under the umbrella of Sagacious Partners client, EngenuitySC, a local nonprofit whose mission is to make the Midlands the most competitive and prosperous it can be. 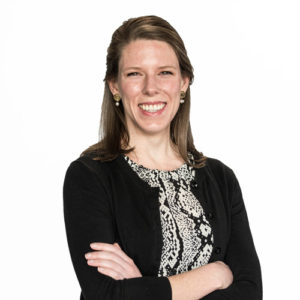 “For this role, we sought a teammate who cared about the community, would be a hands-on doer and be able to seamlessly transition onto some of our largest projects,” said Meghan Hickman, Sagacious Partners Chief Operating Officer and partner. “Margaret jumped right in and is already making a huge impact for our clients and partners.”

“Margaret has brought a fresh perspective to some of our longest-running projects,” said Hickman. “Her diverse experience is maximized in role such as this where every project, every client and every day is different.”

Founded in 2001, Sagacious Partners offers project management services and EOS® implementation throughout the state of South Carolina and the surrounding areas, including Charlotte.

Take The Next Step 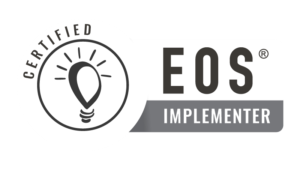